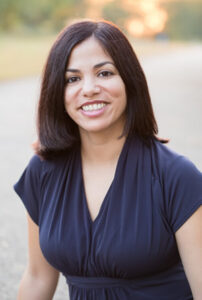 Daisy Hernandez is the author of the new book “The Kissing Bug: The True Story Of A Family, An Insect, And A Nation’s Neglect Of A Deadly Disease” . Hernandez was raised in New Jersey by her mother, who’s from Colombia, and her father, who’s from Cuba. When Hernandez was 5, her aunt, who was living in Colombia, came down with a mysterious ailment that caused her large intestine to swell so much people assumed she was pregnant. The aunt’s sisters flew her to New Jersey to care for her and get the medical help she needed. It was too late to completely stop the progression of the disease, which eventually killed her after many surgeries and years of suffering.

Announcing the New Macondistas joining the Workshop in 2021! →