Macondo Writers Workshop will be moving its summer workshop to Trinity University in San Antonio, Texas in 2022. This exciting and momentous move is part of a new five-year partnership.

We are a group of experienced writers who demonstrate a professional or master’s level of writing. The workshop gathers writers from all genres who work on geographic, cultural, economic, gender, and spiritual borders. Qualified applicants must meet both high writing standards and dedicated community involvement.

Please consider making an end of the year donation to support the 2022 Macondo Writers Workshop. Generosity is a guiding principle of our community. We are an entirely volunteer-run effort funded by donations. All funds go to supporting putting on our workshop and providing scholarships to writers. Make your donation today.
DONATE

ABOUT THE WORKSHOP LEADERS

The Macondo Writers Workshop is an association of socially-engaged writers working to advance creativity, foster generosity, and serve community. Founded in 1995 by writer Sandra Cisneros and named after the town in Gabriel García Márquez’s One Hundred Years of Solitude, the workshop gathers writers from all genres who work on geographic, cultural, economic, gender, and spiritual borders and who are committed to activism in their writing and work.

MORE ABOUT MACONDO
MEET THE MACONDO BOARD 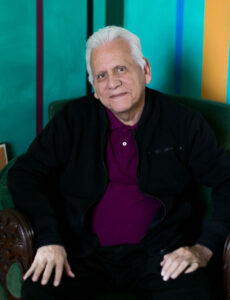 CHICANO POLYMATH PASSES INTO THE PANTHEON OF GREAT RAZA ARTISTS, INTELLECTUALS, AND PROVOCATEURS
BY B. V. OLGUÍN

Gregg Barrios—Chicano educator, poet, playwright, journalist, activist, and all around movimientista—passed into the pantheon of late great Raza artists, intellectuals, and provocateurs on August 17, 2021. He was 80 years old, and lived a life at the center of foundational eras and multiple social and political movements in the US and globally. Gregg, as he preferred to be called, was an active if unsung participant and frequent instigator in Chicanx Movement struggles in various sites throughout Aztlán, intersecting LGBTQI+ Movement activities, and related institutional interventions in education, media, arts, and myriad social and political contexts.

Gregg’s greatness arose from his nimble navigation of the complexities and contradictions of Chicanx history, life, culture and politics. Indeed, his life involved the type of complex Chicanx realities and negotiations endemic to colonized and marginalized people, yet he also insisted on claiming the center as his own. He loved his own Tejano culture and also saw no contradiction in his dual love of broader intersecting cultures, from Elvis to David Bowie to Juan Gabriel and beyond.

His vexed, yet for him completely normal, navigations of his US and Chicanx identity involved service in the US Air Force Reserves during the Vietnam War, in which he participated in the transportation of wounded US soldiers returning to the US from Vietnam through Germany. While stationed at Bergstrom Air Force Base in Austin, Texas, he utilized the GI Bill to attend the University of Texas at Austin part-time. There he was active in developing that institution’s avant garde film movement, helping to found the renowned Cinema 40 Film Club, and promoting numerous events with world renowned filmmakers. He also co-founded the iconoclastic underground newspaper, The Rag, which is still in production. 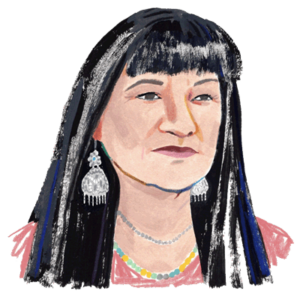 “These are not your typical war stories,” says the writer Sandra Cisneros, whose new book is “Martita, I Remember You.”

What books are on your night stand?

I have a New Mexican writing desk on one side of my bed and an antique Mexican trunk on the other. Because of this, there are too many books stacked in precarious towers waiting to collapse whenever I reach for anything, the newer books burying the older. When I have to search for a book, it’s like excavating Tenochtitlán. Thanks to this interview, I’ve finally done some housecleaning. Here are some of the titles I found:

Macondo is staffed by volunteers. The best way to reach us is by emailing us at: